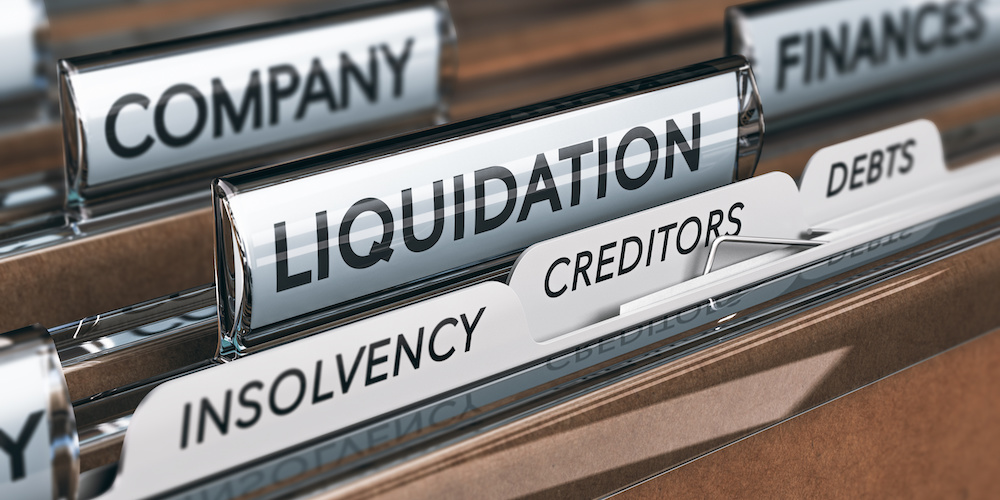 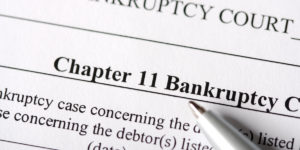 Many governments have been adopting extraordinary measures because of the COVID-19 pandemic, which have devastating effects on businesses.

The Executive of Conference on European Restructuring and Insolvency Law (CERIL) is deeply concerned with the ability of insolvency legislation to provide adequate responses to this situation.

In an Executive Statement, that organization calls upon EU and European national legislators to take immediate action and adapt insolvency legislations to prevent unnecessary bankruptcies of entrepreneurs.

So, the Executive of CERIL recommends two steps to be taken immediately by European national legislators:

In addition, the EU and national legislators are urged to consider measures regarding:

Thereby, some countries of EU and Europe have already put forward some insolvency measures, but they still very recent and fragile. We still have a long way to go.

Thus, it is worth mentioning, in a comparative law note, some of the measures that have been taken worldwide.

On 23rd of March of 2020, the Australian Parliament passed the Coronavirus Economic Response Package Omnibus Act Nº22 of 2020 (the Act), which resulted in the following:

To avoid unnecessary bankruptcies and insolvencies, the Act provides a safety net to help businesses to continue to operate during a temporary period of illiquidity, rather than enter voluntary administration or liquidation and a safety net to individuals to assist them with managing debt and avoiding bankruptcy.

ii.Temporary relief for directors from duty to prevent insolvent trading:

The Act provides temporary relief, achieved by the suspension of the obligation on the directors to prevent insolvent trading, during the period from 24th of March to 23rd of September of 2020 if:

So, a director is taken to incur a debt in the ordinary course of business if it is necessary to facilitate the continuation of the business during the six-month period that begins on commencement of the law. This could include, for example, taking out a loan to move some business operations online or debts incurred through continuing to pay employees during the Coronavirus pandemic. It probably will not apply to debt incurred, for example, to refinance the company.

The changes in Czech insolvency law include:

i. At the end of March, the German Ministry Christine Lambrecht commented: “We want to prevent companies from having to file for insolvency for the only reason that the aid provided by the federal government does not reach them in time. The regular three-week period of the Insolvency Statute is too short for these cases. [….] With this step, we are helping to cushion the consequences of the Corona outbreak for the real economy”.

It is in this context that the following measures are being implemented.

ii. Temporary suspension of obligation to file for insolvency and of creditor’s right to request opening of insolvency proceedings:

It includes a temporary suspension of both, the debtor’s statutory obligation to file for insolvency and the creditor’s right to request the opening of proceedings for insolvency reasons that occurred after 1st of March of 2020.

iii.Suspension of debtor’s obligation and creditors’ right to file for insolvency:

The COVID-19 Bill provides for a temporarily suspension of the filing obligation until 30th of September of 2020; this deadline can be shifted by the Ministry until 31st of March of 2021.

For the suspension of the filing obligation two conditions must be fulfilled:

The COVID-19 Bill provides for a legal presumption that these conditions are fulfilled if the company was not illiquid as of 31 December 2019.

For the next three months, creditors’ right to request for opening of insolvency proceedings is cancelled for requests that are based on circumstances that occurred after 1st of March of 2020. The Ministry can extend this cancellation period until 31st of March of 2021.

Obviously, the suspension of the filing obligation does not release the company from any of its (contractual) obligations towards business partners, employees etc.

The COVID-19 Bill addresses this issue for some types of contracts (consumer agreements such as agreements for supply with utilities, loan agreements, insurance agreements and commercial lease agreements) and cancelled creditor’s termination right for payment default temporarily id certain conditions are fulfilled.

For the rest, the specific contract, any force majeure clauses therein and the statutory right to terminate for good reasons as well as the German rules for adjustment and revocation of contracts for interference with the basis of the transaction (Geschäftsgrundlage) are to be considered to understand the contractual obligations during the crises.

The Government of OI has increased the threshold of default for filing an application to commence insolvency proceedings against a corporate debtor from Rs. 100,000 (USD 1,300) to Rs. 10,000,000 (USD 131,000). It has also been stated that if economic distress caused by COVID-19 continues beyond 30th of April of 2020, application of certain provisions of the Insolvency and Bankruptcy Code, 2016 may be suspended for 6 months to prevent companies from being forced into insolvency proceedings.

The Luxembourg Government issued the Grand-Ducal Regulation of 25th of March of 2020 suspending the statutory requirement for directors to file for bankruptcy proceedings within one month of insolvency.

In Russia, the Duma will be reviewing a draft law (expected to be adopted shortly) granting the RF Government in exceptional cases the right to impose a moratorium on initiation by creditors of bankruptcy proceedings against certain categories of debtors (entities engaged in a particular type of economic activity, or entities which have suffered most from the circumstances which resulted in the imposition of such moratorium, most likely to be airline, tourist, hospitality and catering companies), for a term to be determined by the government.

During the term of the moratorium:

Accountant in Bankruptcy (AiB), Scotland’s insolvency service, has announced that sale and eviction from property in ongoing bankruptcy proceedings will be suspended until further notice due to the coronavirus outbreak. New measures introduced by AiB will simplify procedures to help those seeking debt relief through bankruptcy and extend deadlines for payment of debts through the Debt Arrangement Scheme.

In Spain, one of the countries most affected by COVID-19, some measures were taken regarding insolvency and bankruptcy proceedings. The most relevant is a two-month grace period for the debtor to submit the insolvency petition to the court since the moment in which the state of alarm finishes. There will be no reason for liability when the debtor had the obligation to apply for the insolvency statement, but he did not.

In addition, debtors´ voluntary insolvency application will have preferential processing over creditors´ insolvency request that will be stopped until two months after the state of alarm is over.

On 28th of March of 2020, the Insolvency Service released plans to reform the UK’s insolvency framework to add new restructuring tools including:

The proposals will also include:

Finally, in Portugal, it is suspense the obligation to file for insolvency, whenever, cumulatively, the economic and financial situation of the company results from the effects of COVID-19 on the economy and this company is also able to recover, namely through the negotiation of an agreement with their creditors.

However, insolvency proceedings are currently not suspended.

Anyway, this is not enough, so it is expected to be approved other measures by the Portuguese Government.

So, we can conclude that in all areas of business activity, we will have new challenges resulting from economic difficulties, unexpected positions in the fulfilment of obligations and unacceptable requirements in the exercise of contractual rights, which will require recourse to several institutes, namely, submission to insolvency or revitalization process.

For this reason, the measures will have to be adapted to the situation we are experiencing and, at the moment, they are not yet. It remains to wait for the various Governments to adapt the legislation to the crisis ahead. 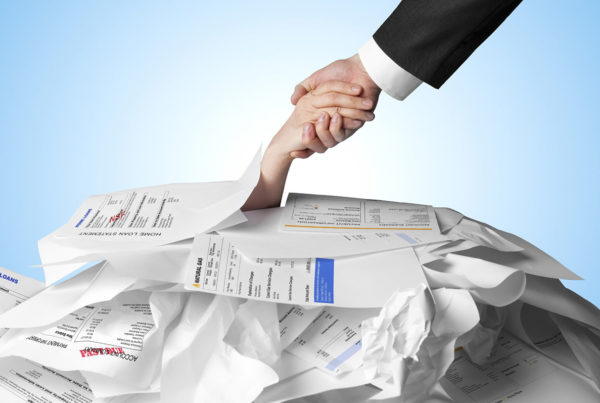 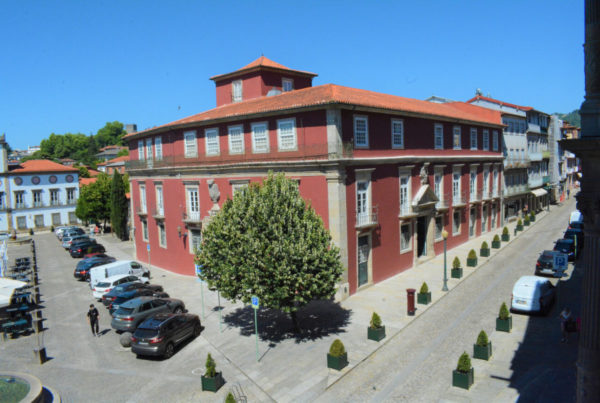 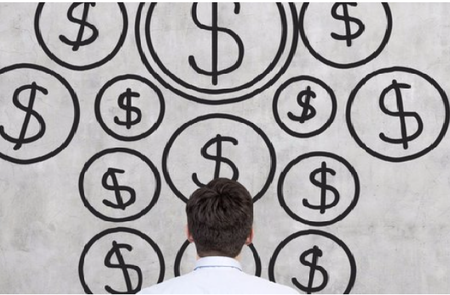